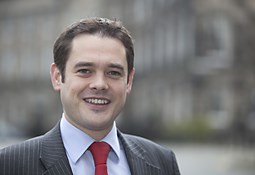 He deals with Wills, Trusts, Executries, and Inheritance Tax planning.  He has particular experience in Adults with Incapacity matters including Powers of Attorney and Financial and Welfare Guardianships.

He joined Drummond Miller as a Trainee in 2003 and became an Assistant in the Wills, Trusts, and Executries department on qualifying. He was promoted to Associate in 2007 and became a Partner on 1 June 2008. He is also a Notary Public.

Charles is a member of the firm's Management Board.