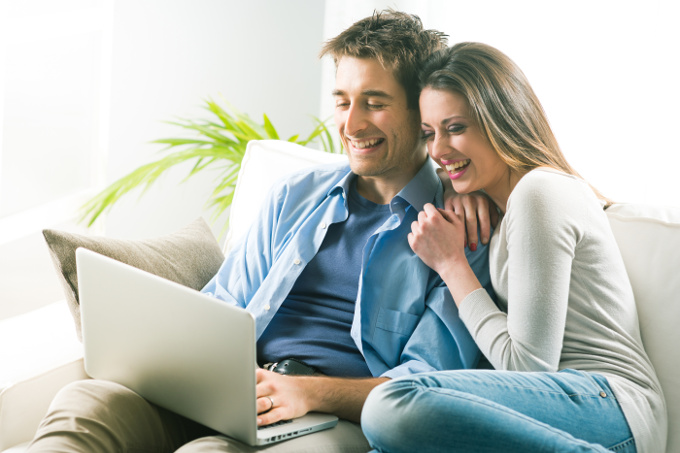 This year we are to witness not one, but two Royal weddings. Both at Windsor Castle and both
garnering an increasing media interest and speculation as to the detail of the respective big days.
The interest in the royal nuptials does not, however, reflect how the majority of couples and family
units are choosing to live their lives. The number of couples choosing to marry continues to fall.
Cohabitation, rather than marriage, is the norm.

Like Royal traditions, the law is sometimes criticised for failing to keep a pace with the societal
changes around it. Until 2006, the law did not make sufficient provision for what should happen in
the event of a breakdown of the relationship. Rather, couples had to prove that they had either
established a marriage by cohabitation with habit and repute (living together as if husband and wife)
or otherwise revert to common law principles of unjustified enrichment if they sought to make a
financial claim against their former partner.

Thankfully, in Scotland the introduction of the Family Law (Scotland) Act 2006 (‘the Act’) sought to
address some of the deficiencies of the common law in this area. Marriage by cohabitation with
habit and repute was abolished. On separation, cohabiting couples now have some clarity as to their
rights and remedies should their relationship come to an end by way of section 28 of the Act.

While more than a decade has passed since the 2006 Act came into force, parties requiring to rely
upon section 28 are often unaware as to its scope and the timescales in which a claim must be
made. In particular, the rights and remedies afforded to divorcing spouses are often mistakenly
thought to apply.

So, if unlike our Royal couples, marriage is not for you, what do you need to know in the event of a
breakdown of your relationship?

What is a cohabitant?

There is no minimum period required for persons to be regarded as though they are cohabiting
although certain factors assist the court in determining if cohabitation was taking place. The court
will consider factors like:

When to make a claim?

A claim under section 28 must be made within one year of the date of the breakdown of the
relationship. A failure to do so results in the expiry of the claim. A claim is ‘made’ when it is lodged
in court and served on the other side.

This issue was considered by the Court of Session in Courtney’s Executors v Campbell [2016] CSOH
136. In that case, Mr Courtney and Ms Campbell cohabited together in a house purchased by Ms.
Campbell from 2010. Title was in Ms. Campbell’s name only. Two sums of money were paid by Mr
Courtney to Ms. Campbell amounting to £100,000. The couple separated in 2013. Thereafter, Mr
Courtney died. Mr Courtney’s executors pursued her for the payments made by the deceased to
Ms. Campbell.

The court held that, a claim not having been made within a year and a day, a claim in terms of
section 28 had expired.

Mr Courtney’s executors therefore attempted to make a common law claim for unjustified
enrichment. However, the court applied the ‘subsidiarity principle’. Namely, where a claim can be
made under section 28, but is not made timeously, a party cannot simply fall back on the common
law. Parliament had fixed a time period of one year in which to raise a claim to prevent stale claims.
It had legislated in that way in the knowledge of the possibility of a claim under the common law.
There would have to be special and strong circumstances in allowing a claim under the common law
when a claim had not been made timeously under statute. There were no such special and strong
circumstances and therefore the claim against Ms. Campbell failed and the case was dismissed.

Consideration of the claim

Assuming a party has made a claim on time, how will the court decide what a party is owed on
cohabitants’ separation?

The court may award a sum of money to be paid to the applicant in either a lump sum or in
instalments if certain factors exist.

To make a financial claim the applicant cohabitant must prove to the court that they have suffered
an economic disadvantage as a result of the relationship either in the interests of their fellow
cohabitant or their child and that the other party has been economically advantaged as a result of
the cohabitation.

For example, if one party had benefited financially from the relationship but then required to give up
work in order to care for a child of the relationship; that may have the result of offsetting any
economic advantage derived.

In Gow v Grant 2013 SC (UKSC) 1, the Supreme Court clarified the way in which section 28 should be applied. First, it was not merely a mechanism with which to correct any clear and quantifiable
economic imbalance that may have resulted from cohabitation. That was too narrow an approach.
Rather, like the application of section 9(1)(b) in divorce cases, the balancing exercise should be achieved by way of a “rough and ready” valuation to achieve fairness between the parties, rather than an overly technical calculation.

Lastly, the level of an award under section 28 is entirely within the discretion of the court based
upon the court’s determination of the facts. The scope for interference by an appellate court is
therefore limited.

That the courts have a wide degree of discretion in such cases makes the law more flexible to react
to the differing factual circumstances before it. However, it also makes it more difficult to predict
the outcome in any particular case.

What section 28 is not

What section 28 does not do, however, is to try and achieve fair sharing of the net value of the ‘matrimonial property’. It tries to create fairness based on what economic advantage/disadvantage has been incurred by the cohabitants. It does not seek to divide or share the assets which have been accumulated during the relationship in the way provided by an action for financial provision on divorce.

What does this mean? By way of example, in M v S [2017] CSOH 151, during the period of the
couple’s cohabitation, the value of the pursuer’s assets grew by £958,221 and the defender’s net
worth grew by around £5.5 million. Had the couple been married, the court would have required to
determine the value of the combined matrimonial property. The pursuer would arguably have had a
significant financial claim against the defender to achieve fair sharing of the matrimonial assets.

However, not having married, the court was tasked with applying section 28 to reflect only the
economic advantage or disadvantage incurred by the cohabitants. Applying the section 28
principles, the pursuer was awarded £912,000 to reflect two disadvantages as follows: (1) her
payment of half the mortgage on a property owned by the defender; and (2) loss of income due to
caring for the couple’s children.

Similarly, section 28 does not make provision for the sharing of a partner’s pension (as divorce does),
nor can it compel the sale or transfer of a heritable property.

While section 28 achieves a greater degree of fairness for cohabiting couples than was the case prior
to 2006, there still exists a significant disparity as compared with the rights and remedies open to
divorcing spouses. The timescale in which a party must make a claim is narrow and the financial
claim restricted only to redressing an imbalance on the basis of economic advantage/disadvantage.

Perhaps the recent royal engagements will spark a renewed interest in marriage among the general
public. But if the current societal trends continue as at present, as the number of marriages
continue to decline, one must hope that the law will be further reformed to enhance the rights of
separating cohabiting couples.

In the meantime, we recommend that if you are embarking upon a committed relationship with the
intention not to marry, you should consult a solicitor with a view to drawing up a Minute of Agreement which can regulate the financial position in the event of separation without recourse to section 28. Our family law team would be delighted to assist.