Firm will have Scotland’s highest number of clinical negligence legal expert
Tuesday,31 May, 2022

The deal will see Drummond Miller join with Peacock Johnston, thereby uniting the best known medical negligence firm in the east of Scotland with its counterpart in the west of the country.

The 11-strong Peacock Johnston team – six lawyers and five other staff - will join the Glasgow office of Drummond Miller, which has 14 partners and 100 other employees across five offices, including headquarters in Union Street, Edinburgh.

Ian Hartley, Chief Operating Officer of Drummond Miller, said: “While both firms were already best-known in the medical and clinical negligence arena, this union takes us to an entirely new level.

“Together we become by far Scotland’s biggest expert in this field. We hope it will also give even greater confidence to clients pursuing cases, who are often extremely vulnerable people in damaging and distressing situations.”

Andrew Pollock, a partner at Peacock Johnston since 1993, added: “Beyond the clinical negligence work, this merger will also see us add real heft to Drummond Miller’s Glasgow office in terms of a litigation presence and in family law, employment law and criminal work, particularly in the Sheriff Court.

“It is an excellent match. It is extremely pleasing to be coming together with such a likeminded firm which shares our values and where we can continue to be proudly independent.”

Drummond Miller has stellar ratings for representing pursuers in clinical negligence cases and is rated as top tier by both Chambers UK and Legal 500 – recognised by the industry as the two most highly regarded independent guides to the best law firms and practitioners.  Peacock Johnston is also highly rated by Chambers UK.

Drummond Miller is also prominent in four other areas of practice – family law, immigration, private client and property and conveyancing.

The merger will see Andrew and Susith Dematagoda, an accredited clinical negligence specialist, become partners at Drummond Miller. Ken Waddell, a partner at Peacock Johnston since 2004 and one of Glasgow’s best known court practitioners, will work as a consultant, bringing his formidable reputation in family, employment and criminal law into the fold. Likewise, Laura Ceresa, an experienced and accredited clinical negligence specialist will also assume a consultant role. 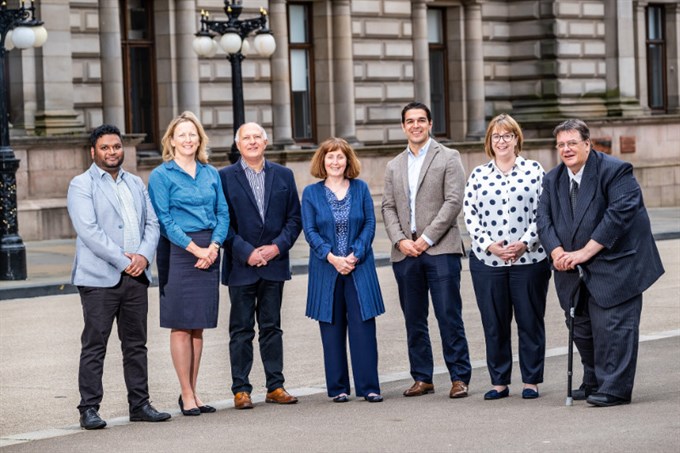 While the financial details behind the deal remain confidential, the merger will add around 10% to Drummond Miller’s projected annual revenue. In addition, demand from clinical and medical negligence cases is anticipated to grow over the coming months.

Drummond Miller’s origins date back to the 18th Century, with the firm in its current guise formed in 1991 by the merger of two established Edinburgh firms, Drummond & Company and Pairman, Miller & Murray.

In 2000 it acquired MacPhail & Co and L&L Lawrence to establish its Glasgow office, while in 2020 it expanded its Musselburgh business by taking over Alex Mitchell & Sons, which traces its history back 130 years.

It has been involved in many of the leading Scottish medical negligence cases in recent years including one of the longest running birth damage cases in the Court of Session. It has successfully litigated and settled a huge number of claims at all levels of value and complexity. The firm has recently been granted permission to take a fatal claim, acting on behalf of the family, in respect of alleged failures in care to the UK Supreme Court.

Peacock Johnston was formed in 1981, and gained recognition as one of Glasgow’s leading court firms.  It has carved a reputation within the profession as experts in clinical and medical negligence law, with many cases coming from direct recommendations from lawyers throughout the Scottish legal community.

To provide continuity, the team joining from Peacock Johnston will continue to use the brand name with a majority of their existing clients, in the short to medium term.