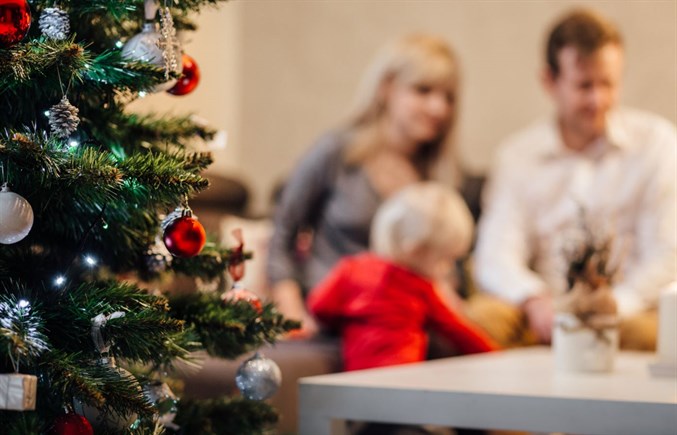 Christmas is a time for love, laughter and peace to all isn’t it?

Unfortunately that is not always the reality for many families. Christmas can be a very stressful time for many, particularly for those who are having difficulties in their relationships. I told my nine year old son that I was going to write an article. When he asked what about, I told him it was about when parents fall out. He told me that that made children sad. My response to him was that it doesn’t have to make everyone sad. The breakdown of a relationship is never an easy thing, but there are ways to minimise the upset and distress to all concerned, including any children of the family.

Getting good advice is essential in dealing with any separation.

It is important to know what your rights are, and how matters can be resolved. There are a number of ways in which resolution can be reached between separating couples. The traditional method is where parties each instruct a solicitor who will negotiate on their behalf. There will be letters backwards and forwards between solicitors with a view to reaching an agreement, which will then be formulated in a written agreement, known as a Minute of Agreement (sometimes called a Separation Agreement). The Minute of Agreement will be signed by the couple. Another method is called collaborative practice. This is a non-confrontational approach in which the separating couple attend ‘around the table’ meetings, alongside their solicitors, to agree arrangements. With the collaborative approach it is also possible to include financial specialists and family consultants within the process. The ultimate aim is the same as the traditional approach, in that a written agreement is formulated and signed. A further approach is for couples to attend mediation with a view to resolving the issues in dispute. Mediation aims to assist parties with communication, and to allow people to have an open an honest discussion within a safe environment to allow them to reach decisions together.

In relation to the financial aspects of any separation, much does depend upon whether the couple are married (or in a civil partnership) or simply living together. The law in relation to those who are and are not married is very different. It is therefore important that good advice is sought.

The law states that “the net value of the matrimonial property should be shared fairly between the parties to the marriage”, which usually means an equal division unless there are circumstances which mean an equal division would result in unfairness. Matrimonial property is largely seen as all assets and debts which were accrued by the parties during the marriage. As a starting point, it is important to get together paperwork to show what assets and debts there were at the date that couples separate. This will be required whichever method of resolution is chosen. The assets and debts which are looked at are those which are both in the sole names of the parties and in joint names. This includes any pension interests of either party which have built up during the course of the marriage.

When we are looking at a fair division of the matrimonial property it is not the case that every asset requires to be divided between the parties. What is looked at is a fair division of the overall net matrimonial property. For instance, if one party kept one asset such as a pension, the other party may keep another asset which offsets the pension.

For those who are living together but not married, the law is less well defined, but broadly focusses on whether any financial imbalance has occurred as a result of the relationship, and tries to correct that.

Once matters are fully agreed a Minute of Agreement will be prepared. This sets out the full details of the arrangements which have been agreed. It can deal not only with financial issues, but also issues concerning the arrangements for any children of the relationship should the couple wish to include this.

Once signed the agreement will be full and final settlement of the financial aspects of the parties’ separation. Where the couple are married, and wish to divorce, that can follow on afterwards. The usual grounds for divorce are that a couple have been separated for over a year and both agree to the divorce, or that they have been separated for two years if one will not agree. It is also possible to divorce on the grounds of your spouse’s unreasonable behavior, or on the grounds of their adultery, if that is applicable.

So back to the topic of the approaching festive season. It is hoped that it will indeed be full of love, laughter and peace to all, but if it is not, there are ways to minimise any hostility. Getting good advice at an early stage is key. The Drummond Miller family law team is extremely experienced in dealing with all aspects of family law including separation and divorce.

If you would like any further information or advice, please get in touch with our experienced solicitors in Edinburgh, Dalkeith, Musselburgh or Bathgate.