The lawfulness of Serco’s lock-changing evictions is being appealed 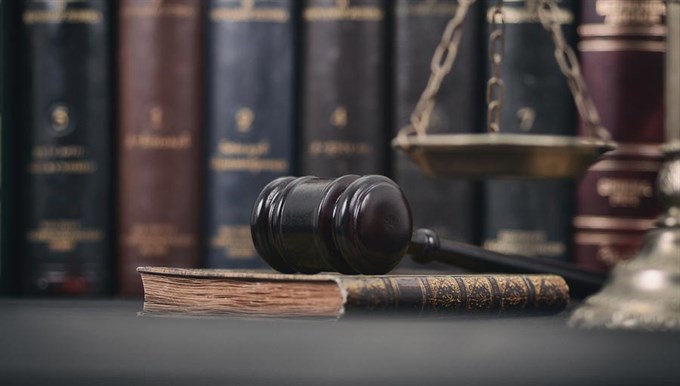 Two asylum seekers, SA and LR, raised actions in the Court of Session seeking, inter alia, declarator that evicting the pursuers from their properties without a court order would be unlawful, and separately unlawful in terms of Section 6 of the Human Rights Act 1998, having regard to their rights under Articles 3 and 8 of the European Convention on Human Rights. Both cases were raised as lead actions, representative of a number of similar cases. Although the cases were raised as individual actions, both called together on the Procedure Roll before Lord Tyre in February 2019.

Serco Limited (“Serco”) has a contract with the Home Office to provide accommodation and support to asylum seekers. Both SA, a Kurdish Iraqi national, and LR, a Kurdish Iranian national, occupy flats in Glasgow with their husbands, in accordance with occupancy agreements with Serco. The occupancy agreements state that the property is for temporary accommodation whilst asylum applications are being assessed.

At the time both SA and LR began occupying the properties, both were dependent on their husbands’ asylum applications. Both applications were refused, and appealed, and their appeal rights were exhausted. In May 2018, Serco served a written notice on the property, notifying SA and her husband that their right to occupy the flat was terminating within 14 days. The notice warned them that if they did not vacate by the specified date, legal action might be taken to evict them. Around the same time, LR received similar threats of eviction from Serco.

In July 2018, Serco announced a new policy of changing locks and, without any court process, evicting asylum seekers whom it considered to have no continuing entitlement to be provided with accommodation. Serco developed the ‘Move On Protocol’, a new policy which had been agreed with Glasgow City Council.

SA and LR instructed Govan Law Centre (and Drummond Miller LLP were instructed as Edinburgh Agents) to raise an action in the Court of Session against Serco and the Secretary of State for the Home Office, on the basis that their evictions by Serco would be unlawful without a court order, and that it would constitute a breach of their rights under Articles 3 (for protection against degrading treatment) and 8 (for protection against disproportionate interference with their rights to private and family life) of the European Convention on Human Rights.

The Secretary of State for the Home Office submitted that both pursuers’ actions were irrelevant and should be dismissed. Both Serco and the Secretary of State for the Home Office argued that Serco was not subject to the Human Rights Act 1998 (“the Act”) as its services were of a private nature in law and it was, therefore not a public authority within Section 6(3) of the Act. In terms of Section 6(1) of the Act, it is unlawful for a public authority to act in a way which is incompatible with a Convention right. Section 6(3)(b) includes within the definition of a ‘public authority’, any person certain of whose functions are functions of a public nature.

The Court disagreed, and held that, when providing accommodation to asylum seekers and former asylum seekers in terms of its contract with the Home Office, Serco is exercising a function of a public nature. Although Serco is being paid under a commercial contract, and might have to compete for renewal of its contract, that does not outweigh the significance that Serco is implementing a function that must, by one means or another, be exercised by a national government.

However, in spite of that finding, the Court did not accept that Serco had breached either of the pursuers’ Convention Rights because asylum seekers have a right of appeal to the First Tier Tribunal (Immigration and Asylum) against a decision to terminate their accommodation.

Lord Tyre considered the question, in relation to a breach of Article 8, to be whether the statutory scheme for review of a decision to evict an asylum seeker, or former asylum seeker, whose entitlement to occupy temporary accommodation came to an end, affords adequate opportunity for the proportionality of the eviction to be assessed by an independent tribunal. Lord Tyre is of the option that the right of appeal to the First Tier Tribunal (under section 95 or section 4) is sufficient to enable any arguable issue of proportionality to be raised and determined by an independent tribunal.

Although the pursuers’ argued that the ‘Move on Protocol’ and, in particular, the lock-changing threats, was a Sword of Damocles hanging over the pursuers, amounting to degrading treatment, Lord Tyre did not think that a relevant case has been made out, amounting to a breach of the pursuers’ rights under Article 3 of the Convention.

Lord Tyre was not persuaded that anything in the pursuers’ cases required proof before answer, and decree of dismissal was granted in April 2019. LR decided not to appeal the decision. However, SA has lodged a reclaiming motion, to appeal Lord Tyre’s decision.

Legal aid has now been granted for SA’s reclaiming motion to proceed. It is likely the appeal will be heard by the Inner House of the Court of Session before the end of the year, and the opinion is one to look out for.