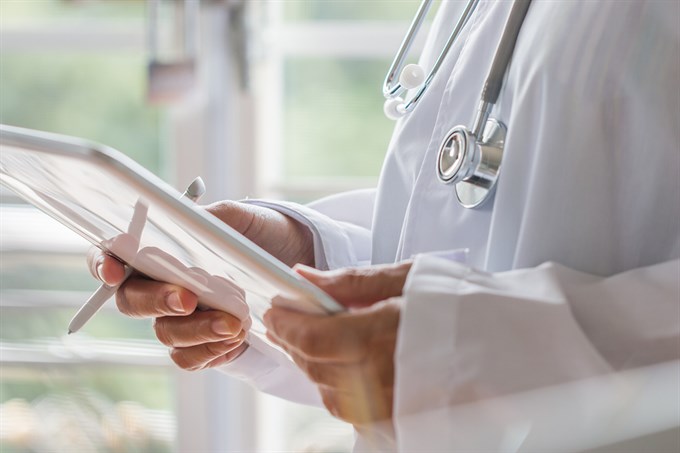 Q – I think I’ve received poor medical treatment which has caused damage to me and I want to make a claim, but I don’t want to get any of the doctors/nurses into trouble. Will there be repercussions for the clinicians if I go ahead?

A – The litigation process is not intended to be a punitive process for the clinicians involved – the purpose is solely to recover compensation for harm/loss suffered as a result of negligence. There are separate bodies called the General Medical Council (GMC) and the Nursing and Midwifery Council (NMC) who deal with the regulation and disciplining of clinicians whose practices have been called into question.
Most cases are settled before a full court hearing, meaning it is only in a limited number of claims that there will be a decision made by a court. Where cases do go to court, hearings are open to the public and decisions made by the court are also available publicly, meaning if there is a finding of negligence against a medical professional of any kind, this can become public knowledge.

Q – What constitutes ‘negligence’ in the first place?

A – The test for medical negligence is high and difficult to meet. Doctors and nurses are only human, after all, and we all make mistakes. In order for something to constitute negligence, it must go beyond a mistake. The test for negligence in Scotland is set out in the case of Hunter v Hanley. This case states that in order to establish negligence, the clinician involved must be ‘guilty of such failure as no doctor of ordinary skill would be guilty of if acting with ordinary care.’ In other words, the failure must be one which no competent clinician in that field would have made. You must be able to prove, with the support of appropriate independent medical experts, that 1) there is a usual and normal practice; 2) the person criticised has not adopted that practice, and 3) that the course adopted is one which no professional would have taken if acting with ordinary care. A failure to meet the gold standard of care does not amount to negligence.
In addition to proving negligence on the part of the clinician involved, in order to be successful for a claim for compensation you must be able to prove ‘causation’. This is the link, if any, between the negligence and the loss you have suffered. Causation must be proved on the balance of probabilities, i.e. that it is more likely than not that you would have avoided the loss/harm had you received non-negligent treatment.

Q – I’m worried about putting our NHS under further strain…

A – Claims for compensation made against a Health Board are paid for by the public purse. Where a claim is being made against a GP or private doctor they are likely to have indemnity from a separate insurer. Compensation recovered in relation to claims for negligence against hospital clinicians comes from the NHS budget for such claims. It is important to remember that claims for compensation can only be made in relation to harm actually suffered as a result of negligence. In other words, the idea of compensation is to try and put a patient in the same position they would have been in (or as close to that as possible) but for the negligence. Punitive damages in clinical negligence claims are not awarded in Scotland so the NHS (or insurance company) only have to pay compensation to cover the harm actually caused by the negligence of their employees.

A – The investigation of a clinical negligence claim can take anything from several months to several years (before court proceedings are even raised). Thereafter, once a court action is up and running, it can take several more years before settlement is achieved or a decision made by a court. The court process has been streamlined in more recent years and so it’s less common for cases to go on for an excessively long time nowadays; however, the length of time that the whole process will take from beginning to end is largely dependent on how complex your claim is and the approach taken by the defenders. Complex claims inevitably take longer as there is more investigation required.

Q – What does the process involve?

A – In the first instance we will need to carry out an investigation to see whether or not a claim can be raised on your behalf. This involves recovering your medical records and instructing reports from appropriate independent medical experts to address the questions of negligence, causation and quantum (the value of your claim). If the experts support a claim for negligence, we will notify the defender (or their representatives) and then raise a court action. Once a court action is up and running, a date will be set for a full court hearing, called a proof (at which all the relevant witnesses will come and give evidence) and a timetable will be set for the various things that need to happen in advance of this. Depending on the complexity of your case (which will have an impact on the length of time required for evidence to be given), your proof may be fixed for a couple of years in the future. It is unlikely that the judge who hears your case will give you a decision on the spot, and they’re likely to go away and think about the evidence before giving their decision in writing. The decision of the judge may be appealed by either party if it can be justified. Clinical negligence cases are notoriously complex and so the whole process can be fairly lengthy; however, we do our best to ensure things run as smoothly as possible and you can have as much or as little involvement along the way as you wish.

Q – How much compensation am I likely to receive and how will that be assessed?

A – The level of compensation you receive will depend on what loss can be shown to have resulted from the negligent treatment. This can generally be split into three categories – pain and suffering (otherwise known as solatium), wage loss and services. The assessment of compensation for the pain and suffering element is not particularly scientific – it is calculated by looking at previous cases involving similar injuries, and seeing what levels of compensation were awarded in those. The wage loss element is fairly self-explanatory – it is calculated by looking at what earnings you have lost as a result of the negligence. The services element is split into 1) an award of compensation made for services your family must provide to you as a result of the negligence (over and above any services they provided to you prior to the negligence) and 2) services you are no longer able to provide your family with as a result of the negligence. There are other more specific losses that can be claimed for in some cases, such as disadvantage on the labour market and pension losses. Separate expert reports from an employment consultant and/or an actuary will be required in such circumstances.

Q – Will my claim help other people in the future?

A – As mentioned above, the purpose of the litigation process is not to discipline the clinicians involved; however, it undeniably helps to maintain and encourage high standards of care as both individual clinicians and their employers will want to avoid litigation and findings of negligence against them.

A – Depending on how your case is funded, you should not end up out of pocket. Clinical negligence cases are generally so complex that we would not encourage somebody to fund a claim on a privately paying basis (although, of course, this is not out of the question; however, it would involve an element of risk). There are various ways that a claim can be funded – it may be that you would qualify for legal aid, in which case the costs involved would be paid for by the Scottish Legal Aid Board. Alternatively, your claim may be investigated on a ‘no win, no fee’ basis, with funding being provided by an independent insurer who would pay for the outlays involved and take the risk of litigation off your hands (i.e. the risk of being unsuccessful and being found liable for the expenses of the defender). In exchange for this, the funder would take a percentage share of any compensation successfully recovered on your behalf.